Stunning aerial drone, helicopter and time-lapse cinematography with 3D animated maps tell the epic story of Lincoln, Lee, Meade and more. The film gives viewers a basic understanding of the battle in one hour. 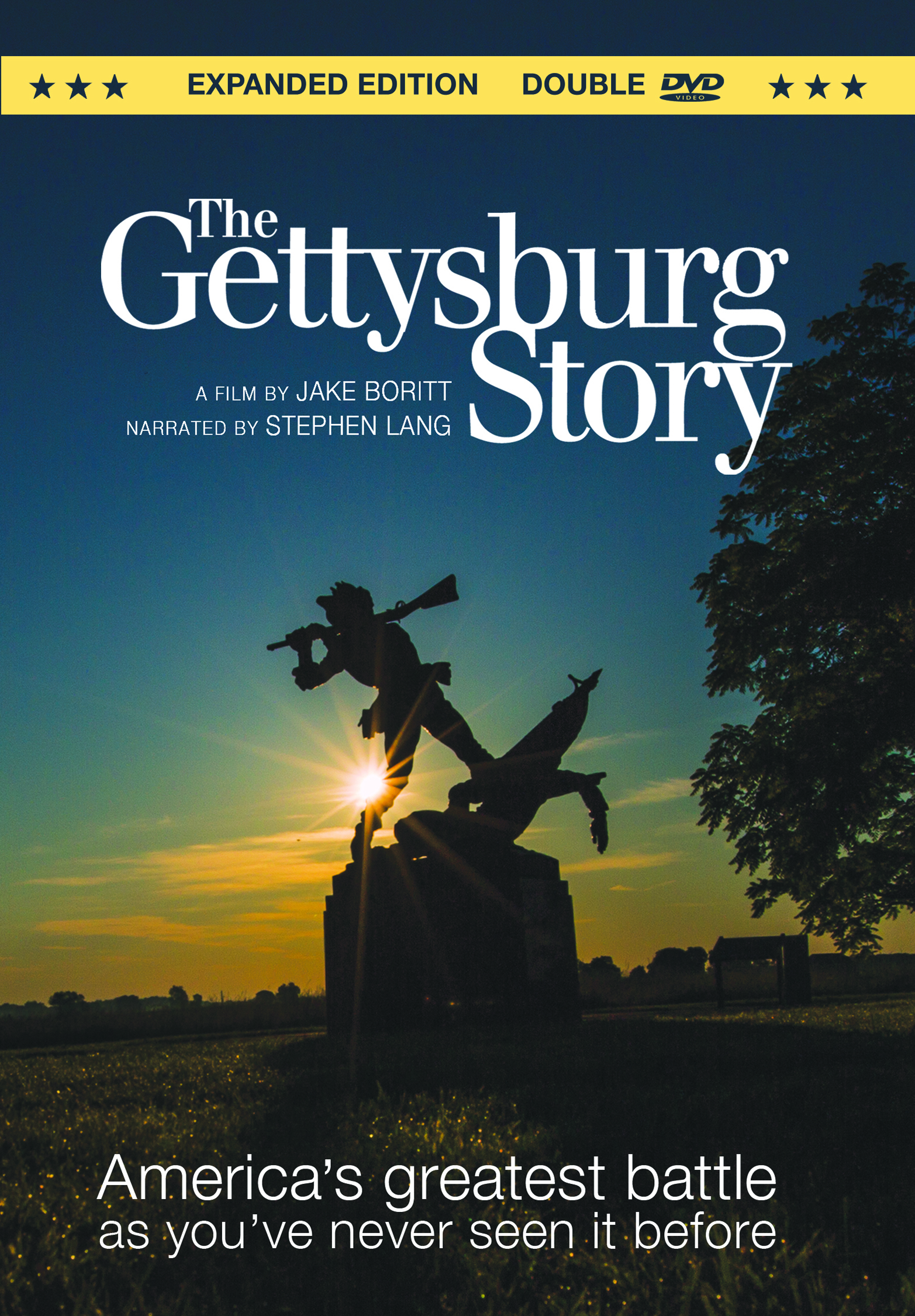 Includes the original film plus a second disk of Outtakes featuring an additional 2 1/2 hours of unnarrated beautiful battlefield imagery. For the true Gettysburg aficionado.

The tour covers all 3 days of the battle with 3 tour options ranging from 2 to 3 hours. The companion 72 page full color guidebook is packed with art, photos, text and more. The 14 full color maps are stunning, easy to understand and feature panoramic orientation guides to help visitors quickly get their bearings.

'The Gettysburg Story' dramatically tells the history of the greatest battle fought in the Western Hemisphere. The stories of characters who experience the battle come alive through dynamic, innovative imagery that captures the historic battleground as you have never seen it before.

Over the last 150 years, the Battle of Gettysburg has become the stuff of legend, told and retold using contemporary technologies of each generation: from glass plate negatives to woodcut prints, black and white silent films, bestselling novels and TV miniseries.

This film captures Gettysburg – a unique, timeless American place – in a new way. Through years of preparation and close cooperation with the National Park Service, we have been granted unprecedented access to the 6,000-acre battlefield. And the latest imaging and editing technologies allow the presentation and reinterpretation of the timeless Civil War narrative, capturing the iconic landscape of the town and battlefield, for a new generation of viewers.