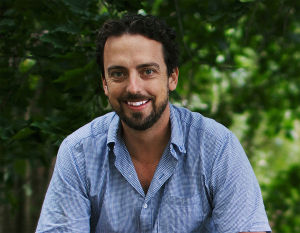 In 2010 his film "759: Boy Scouts of Harlem" was broadcast nationally on public television via MPT. The New York Daily News gave it "Three Stars" calling the film "subtle and uplifting." The Boston Globe called it a "genial documentary..." saying "Boritt and (co-director Justin) Szlasa have talent." The film premiered at the Schomburg Center for Black History in Harlem and screened on the USS Intrepid and in the United States Capitol sponsored by Senators Skelton and Sessions.

Boritt's 2007 film "Budapest to Gettysburg" explored the story of his father Professor Gabor Boritt, a world renowned Lincoln and Civil War scholar who returned to Hungary to find his roots in the tyranny of Hitler and Stalin. "Budapest to Gettysburg" was selected for the 2007 IFP Independent Film Week in New York and screened at the Museum of Fine Arts in Boston as part of the Boston Jewish Film Festival, and was finalist for the documentary series POV.

In 2003 Boritt shot and produced an anthropological documentary with a tribe in Borneo called "The Internet and the Water Buffalo" exploring the effects of a satellite internet connection in a remote indigenous village in the interior jungle highlands. It screened at American Anthropological Association.

Ken Burns called Boritt's first documentary "Adams County USA" (WITF) “a really good film.” Boritt has appeared on The Oprah Winfrey Show, in Vanity Fair and Newsweek. He has helped guide the President of the United States on the Gettysburg battlefield. Boritt graduated from Johns Hopkins University where he studied under multi-National Book Award nominee Stephen Dixon. Boritt was raised on a Civil War farm in Gettysburg that served as a stop on the Underground Railroad and a Confederate Hospital during the battle. Learn more at www.boritt.com.